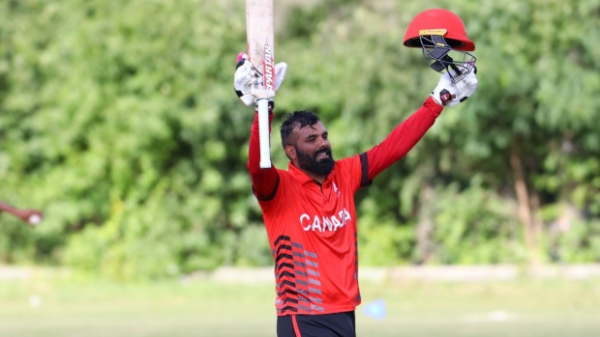 In ICC Cricket World Cup Challenge League A play on Saturday, Canada defeated Singapore by six wickets behind the captain's century of 100 runs.

Singapore was bowled out for 188 in 49.2 overs after Canada won the toss and decided to field. For Canada, bowlers Jeremy Gordon and Dillon Heyliger each claimed two wickets.