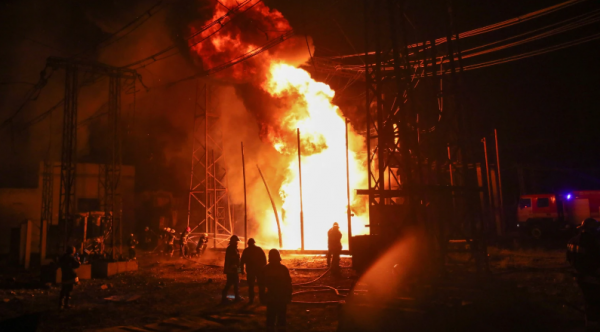 Power outages and intermittent bursts of gunfire greeted hundreds of thousands of people in central and western Ukraine on Saturday as Ukrainian air defense attempted to shoot down drones and approaching missiles.

As the war nears its eighth month, Russia has increased its attacks on power plants, water networks, and other critical infrastructure around the country.

Hours after air raid sirens sounded across the country, th....