The character for war () was chosen as the kanji for 2022 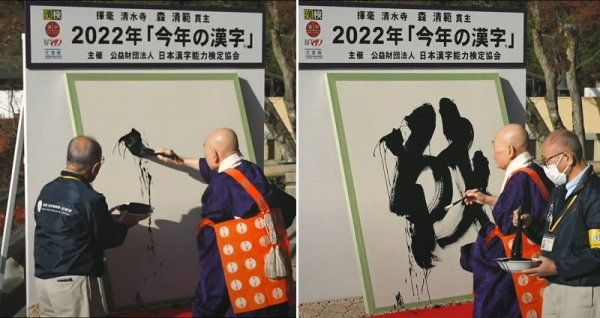 The kanji for sen (), which means conflict or fight, was chosen as the single most emblematic Chinese character related to the social atmosphere in Japan this year, according to a Kyoto-based group on Monday.

The decision for the Japan Kanji Aptitude Testing Foundation's 28th annual poll, based on votes made by the general public, came as Russia's invasion of Ukraine and other foreign crises dominated headlines.