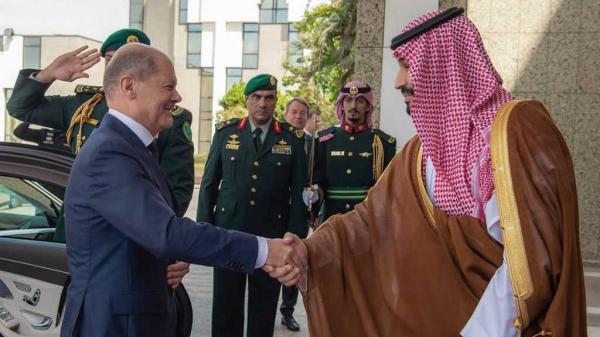 This goes against a prohibition put in place in 2018 in response to Saudi Arabia's role in the conflict in Yemen. Allegedly, deals were sealed before Chancellor Olaf Scholz's weekend visit to the area.

Olaf Scholz, the chancellor of Germany, met with Mohammed bin Salman, the crown prince of Saudi Arabia, on Saturday.

There have been reports in the media on Thursday that a new military sale contract between Germany a....